In an exciting new initiative, the MBCM Northern Country Women’s League and the Champions IGA Central Victorian Women’s Football League will come together to contest the Mass Nutrition Cup on Sunday 15 April at Rochester Recreation Reserve.

Both Women’s League competitions will join forces for the new pre-season competition as a chance to get some valuable match practise and pit their skills against each other in readiness for the start of the 2018 season.

“It’s a new beginning for our League as a stand alone League after the successes of last year and this competition will add another dimension for female football participation in the region.”

“We are also keen to keep a relationship with AFL Central Victoria and coming together for a preseason competition will be great for both Leagues.”

“It will also be the first time that Nathalia and Rumbalara will compete under the League banner and I’m sure this will be an exciting day’s football as a great showcase for our teams and participants.”

The preseason competition will see 12 teams compete in a one day round robin event with each team guaranteed three games on the day. Each game will be played as two x 12 minute halves.

Both Moon and Windridge Ovals will be used for the event with the first game commencing at 9:30am. The Grand Final will be played at 2:30pm. 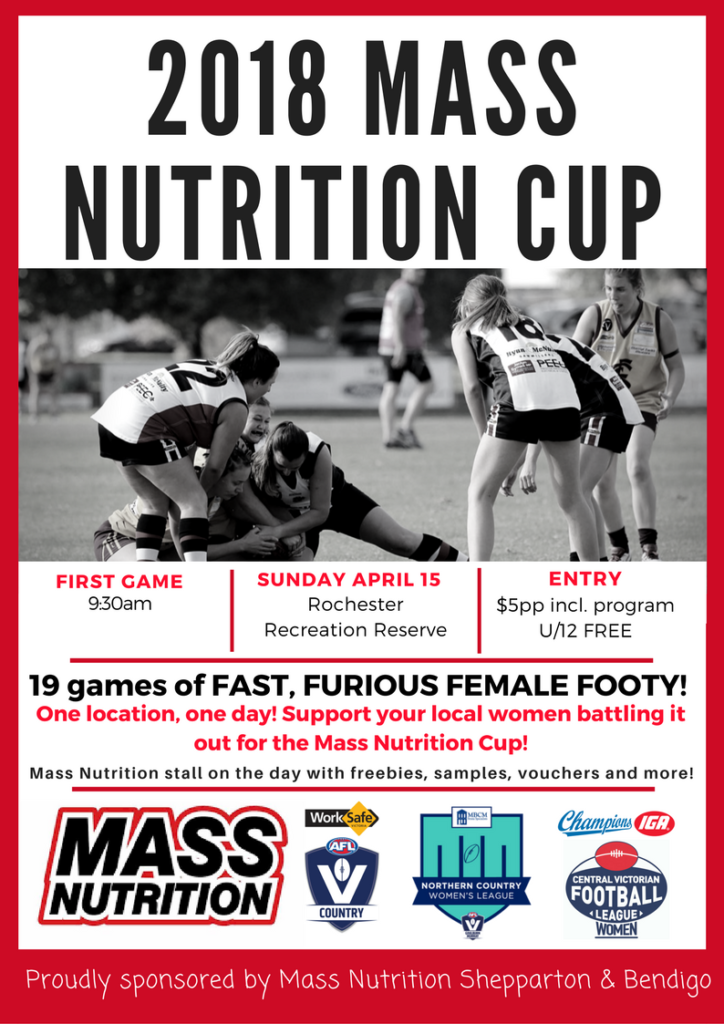